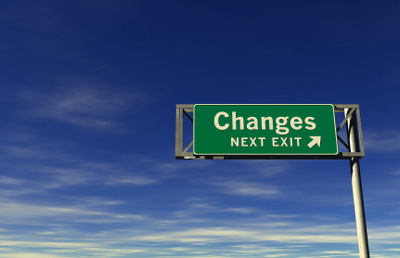 I imagine that the issue of New Year’s resolutions has been blogged to death and dropping another on you after February 1 is probably bad form, but I have my reasons.

The delay was due in part to the lingering effects of a bad cold and severe case of post-traumatic holiday syndrome. I was literally paralyzed for a week once the dust settled trying to sort through my feelings about this time of celebration and all of its attendant disappointments, unfulfilled expectations, guilt, and family drama. Don’t get me wrong, there were some very nice moments, and it’s always lovely to get to spend time with my adult children, but it was about one week into January when I exhaled, not realizing I had been holding my breath since November.

But I smugly began the new year with a leg up on most “resolvers,” those who make resolutions that they will not only not fulfill but if asked a year later won’t even remember what they resolved in the first place!

The remembering has never been a problem for me because I’ve had the same three resolutions for years: exercise consistently, lose some weight, write more. It just so happens that I achieved all of those goals this past year for the very first time. It is a rare day that goes by that I don’t get out for my 3-mile walk, or hit the gym for a swim, or spend an hour doing yoga. A direct result has been that I have dropped about 8 pounds, regained a notch on my belt and now fit into some clothes that I was about ready to donate so they would not spend all of their time taunting me from the depths of the closet. Then, beginning this blog in March provided the inspiration to produce 25,000 words, give or take, neatly packaged into 20 distinct articles.

The most shocking part for me about the writing is that I actually have readers, to whom I am grateful beyond belief. Thanks to the info that WordPress keeps, I even know where in the world my readers are primarily located. It turns out that there is group of crazy Brazilians who frequently read my stuff. And I want to know who you people are so please, drop me a comment and let me know why you don’t have something better to do than follow this blog!

However, no matter the self-righteousness that I feel I have earned over the past year, I also feel compelled to tell you that I do have a resolution for 2015. It’s a secret. Please don’t tell anyone about it. I am not confident at all that I will make a dent in this one.

Truth be told, I like to drink beer. I like to drink more beer, more often than some of my relations, my doctors, and conventional wisdom think is appropriate. Since it gives me pleasure, I know instinctively that it must be bad for me and that I should cut back. Cutting back, I have found, is hard. In fact, I suspect I would have better luck giving up alcohol altogether than to try to be consistently moderate. Being moderate just sucks. However, cutting back is my resolution for 2015.

Let’s face it. Medically, it makes all the sense in the world to reduce my alcohol consumption. Anything that can eventually destroy my liver is a bad thing. However, I have gotten very mixed signals from my doctors when we have talked about this. My GP suggests “just one or two per night” but then warns me not to cut it out altogether because it could adversely affect my blood pressure. My therapist said to quit worrying about it, that at the level I was drinking if I were to cut off a couple years of my life they’d be the worst couple of years of my life anyway (I like him). A cardiologist I met with gave me a fish-eyed look and said “one.” He looked like a man who took pleasure in taking away the pleasures of other and instinctively I did not trust him. One final health professional confided in me that actually 3 or 4 drinks is now considered “moderate” but that no doctor will actually tell that to his patients (I like him).

So I need an additional motivation. Not wanting to be a slender guy with a prodigious beer belly is certainly one of them. At 150 calories per 12 oz bottle of premium beer, consuming an extra 300 or so calories per night must mean I’m in a constant battle to maintain my weight, right? But, in fact, I’m not. I’m very conscientious about my diet and I exercise religiously. As I have looked for beer substitutes, something to sip on that will be satisfying, tasty, but not alcoholic, I discovered that virtually all of them have just as many calories and many throw in the evils of processed sugar and caffeine. If it’s not water, it’s not a good trade-off. Also when I have given up beer for a week at a time and maintained all of my other good habits, I expect the pounds to just absolutely fall off of me. I want to see my weight drop at least one pound a day to compensate for the pain of abstinence. It just doesn’t seem to work that way.

And there is the WTF factor. I do not live each day to the fullest and in fact, I don’t think anyone actually does. Many days are full of trips to Target and the dry cleaners. Others to grocery shopping, cleaning and paying bills. It’s just life, and I’ve been lucky to have enjoyed an awfully good one for 62 years. On my way to the sports section, I can’t help but glance at the obituaries and take ghoulish pleasure in the growing numbers of complete strangers that I have outlived.

Sadly, I have also lost former students, friends, and colleagues who died far too young, taken by accident and disease. I’ve seen young friends felled by stroke and brain tumors. Being aware of life’s capriciousness has not exactly made me fatalistic, but what the fuck? Knowing that I can get taken down by some kind of heinous disease at any moment, I’m less inclined to follow the arbitrary rules of healthy beer consumption. Besides, it tastes good—really good.

And, it feels good to be a little bit bad. I was an altar boy as a young man, a fanatic rule-follower. I don’t think I knowingly broke a rule until I was 34. I am the guy who will stop for a red light at a crossroads in the middle of the desert at three in the morning, waiting for the light to turn green. To my great frustration, I will not allow myself to commit adultery even in my in my dreams (“Gosh, sorry, ma’am. I’m awfully flattered, but it just wouldn’t be right, me being married and all. I hope you can understand”). An extra beer at night feels like a small revolution, a salute to independence, a raised middle finger to all of the conventions I have followed for so long.

And there is an illusory effect that beer has on me that all experiences are enhanced by drinking. Television is better, music is more profound, the book I’m reading is more moving when accompanied with my favorite IPA. I am absolutely certain that the sunset is more vivid, the moonrise more spectacular, and that the fire is warmer and more captivating sitting outside by my outdoor firepit welcoming the night with a cold one. Likewise, when writing, the words seem flow more easily, my mind races with ideas, synapses are firing that I didn’t know existed, and at times I’m convinced I’m pouring out nothing but brilliance as I sip on my drink. This is before I humbly proofread my work the next day in the very sober light of the following morning.

These are all of the reasons that I will fail miserably with my one resolution for 2015. Here is the reason I will succeed.

I like to feel good when I wake up in the morning. I like to wake up and lie in bed planning out my day without a dull headache, a hazy memory, and a rumbling stomach. When I get up in the morning after a non-drinking night, I feel cleansed and righteous. I feel the same way I used to walking out of the confessional as a youngster knowing that my sins (which were nothing close to sins at all) had all been washed away. I feel more alert and have more energy as my day begins with that glow of well-being filling my soul.

We will see, in 11 months, if that is enough to turn the course of a deeply-rooted habit–a habit I really enjoy. Not giving it up, mind you. Just cutting back.