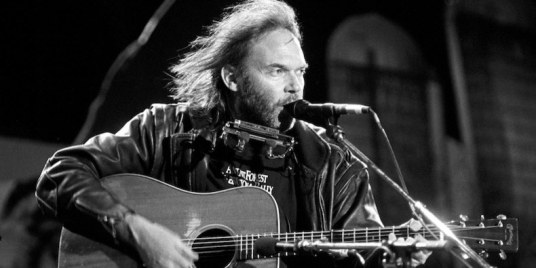 I don’t enjoy reminders of my age although it’s hard to miss the signs when I face the mirror every morning.  I certainly never used to keep my very own blood pressure monitor tucked behind my laptop on my desk just so I can check it every now and then for my entertainment.

I don’t feel as old as the calendar tells me that I am.  I have a few limitations on my physical activity, but most of them are mental limitations–fear of failure or injury.  Learning how to surf sounds like fun on some days.  On others days it sounds like an invitation to the emergency room.

I can’t seem to shake the tendonitis that I have in both hands which may hamper or end my days as a guitarist although that career was always teetering on a lack of talent and a certain laissez-faire attitude toward actually practicing.

But speaking of the guitar, I do still admire the skill of others and so last night when my wife and I were enjoying the warm evening at one of our local go-to restaurants, we were pleasantly surprised by the live music on the patio.  The artist was an older guy, probably our age, who looked like a refugee from the ’60’s. He was just a gentle soul with long, blonde hair who sang simple folk songs that all sounded as if they came right out of the playlist of my teenage years.  Every now and then he’d ramp up a cover of a song by Neil Young or Bob Dylan and rouse the friendly group who had hung out to listen to him through the end of his second set.

Toward the end of the evening he began playing a song I had never heard, but as I listened to the lyrics it felt as though the writer had ripped a page out of my life and thoughts over the past months. The guitarist told me after the show that the song was “If We Were Vampires” by Jason Isbell and that it had been voted 2018 Americana Song of the Year by someone.

The song is a reflection on growing old with someone special so as I sat listening to it with the girl I met when we were 16, the girl I didn’t begin dating until after high school, and the woman to whom I’ve been married for almost 45 years, the words were poignant (although they lose something without the music, I suspect):

It’s knowing that this can’t go on forever

Likely one of us will have to spend some days alone

Maybe we’ll get forty years together

But one day I’ll be gone

Or one day you’ll be gone

If we were vampires and death was a joke

We’d go out on the sidewalk and smoke

And laugh at all the lovers and their plans

I wouldn’t feel the need to hold your hand

I don’t wake up and begin my day by dwelling on mortality.  I mostly think about how good that first cup of coffee is going to taste, and how I really need to get down to the shop and get new tires put on my car.  But I’d be lying if I said that I haven’t noticed that 65 is a big number, and that I’m increasingly aware of the very finite nature of life.

I always imagine I’ve got maybe 20 or so good years left and let’s face it, that’s a lot of years. But that number seems smaller when I realize I’ve already burned through three times as many plus a few.

The song concentrates on the relationship and how it has sustained the couple and it made me think how meaningless life might have been for me this past 40 years without the life I’ve had with Mary and about how I would not want to grow old alone:

Maybe time running out is a gift

I’ll work hard ’til the end of my shift

And give you every second I can find

And hope it isn’t me who’s left behind

I actually like finding music that hits too close to home.  It’s nice to know that others think about these things.

It’s nicer still to hear her working in the room next door as I’m writing this.  And that she’ll be nearby when I fall asleep tonight.  And that hers will be the first face I see tomorrow morning and in the many mornings left to come.