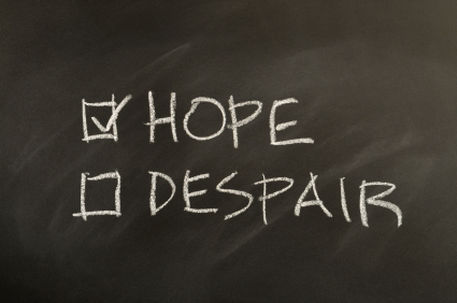 Since the election of November 2016, I’ve really tried at times to insulate myself from the news simply because there seems to be so much happening that tears at my heart when I see the direction in which our country is being led.  That direction seems to be so dedicated to abusing the interests of people in need, the disenfranchised, and the environment that it is painful to read about.

One glimmer of hope is that I know I am not alone in noticing.

So, I have returned to reading the paper with my coffee in the morning and steeling myself against the worst of the news I might face.  Today was a pretty bad day.

The despair:  There is a lot to hate in this budget.  It seems to slash at the programs that help people the most.  Just to point out two things.  It proposes cutting the budget of the Environmental Protection Agency by over 20%–you know, that little department that until recently worked really hard to make sure that we had clean air and clean water?  That ensured that we would move forward toward a future of sustainable, renewable energy?  That we would support world-wide efforts to battle the causes of climate change?  By contrast, the budget increases spending on the military by 13%.  That is a whopping increase, and it is hard to buy the argument that somehow Obama “hollowed out” our military preparedness when the previous budget exceeded the military budgets of China, Russia, Saudi Arabia, India, France, Britain, Japan, and Germany combined.  To help pay for this enormous increase, the proposed budget suggests cutting the food stamp program.

The hope:  Congress has ignored most of the draconian cuts to social programs and even made substantive increases in health care and other services, but they will wrap themselves in the flag and pass the military budget with no questions asked.

The despair:  Betsy DeVos and Jeff Sessions are at it again, rolling back protections for trans students to use the bathroom that corresponds with their chosen gender identity.  It seems this decree only helps adults who are made uncomfortable by the existence of trans people and fervently hope they will just go away.  Living in California where gender-neutral bathrooms in most public spaces are becoming the norm, their action does little harm.  However, it once again, codifies this administration’s hostility toward the LGBTQ community.

The hope:  It will take years, as it did for gay marriage, but stronger legal protections for the trans community are coming.  We will have to wait for the Trump aberration to pass and for societal attitudes to evolve, but I believe that I will see it in my lifetime.

The Headline:  Woman, 84, Held Over Gunshot

The despair:  Yeah, just in case you missed this one, in rural Northern California an 84-year-old woman was arrested after she took out her rifle and shot in the direction of her neighbor’s 8 and 10 year-old children because they were being too noisy.  Apparently the kids were riding motorcycles and after arguing with the parents, the woman got her rifle out and took a couple of shots toward the kids.  No one was injured.

In an effort to gain some wisdom by stealing from the best, I am currently reading The Book of Joy, a conversation between the Dalai Lama and Archbishop Desmond Tutu as recorded and stitched together by author Douglas Abrams.  Abrams poses the question how one should cope with the despair that many people feel with all of the injustice, and pain, and suffering that we see in the world.  The archbishop responded this way:  “Despair can come from deep grief, but it can also be a defense against the risks of bitter disappointment and shattering heartbreak.  Resignation and cynicism are easier, more self-soothing postures that do not require the raw vulnerability and tragic risk of hope.  To chose hope is to step firmly forward into the howling wind, baring one’s chest to the elements, knowing that, in time, the storm will pass.”

I like that he asks me to embrace hope as an active, vital, and valiant choice. It is a choice made by a warrior, someone ready for action now, but also confident in the good things that the future will bring.