Ever since I read the article entitled “Search Party” by Jonathan Mahler (January 1, 2017) in the New York Times Magazine, I’ve been trying to wrap my head around his use of the phrase “the post-truth era”, a phrase I am hearing used more and more often.   His article begins with a discussion of the growing phenomena of “fake news” and of websites that promulgate specious conspiracy theories, including the one that prompted a young man to load up his car with weapons, drive 350 miles to Washington DC to “self-investigate” whether or not Hillary Clinton was indeed running a child-sex ring from a Washington pizzeria.

I’m not sure why I’m struggling with the idea that Donald Trump is having such success even though he repeatedly has been called out for telling lies, repeating assertions made by others that have been categorically debunked, and then fiercely repeating his own falsehoods and those of his minions.  I guess I’m aghast just because there seems to be no consequence for these actions, especially among his supporters.  His backers will list many reasons for their support of Trump, but what astonishes me is that when they turn to demonizing his former opponent, Hillary Clinton, they invariably list one of her most critical sins as being, “she can’t be trusted; she lies.”

We have certainly, in my lifetime, have been exposed to destructive institutional deception on a large scale.  Our entrance into the Viet Nam war, the secret bombing of Laos, the cover-up of the devastation caused by Agent Orange all prompted extensive cover-ups.  The Watergate affair and the subsequent efforts to protect the guilty certainly gave us insight into the government’s ability to create an alternate reality as did the Bush administrations efforts to cherry-pick evidence of WMDs in Iraq, sometimes from wildly unreliable sources, just to support the pre-determined narrative that would lead to the invasion of Iraq.  Outside of politics, in the 80’s we watched the Catholic church scramble to discredit and minimize the sexual abuse of children stretching back as far as 50 years.

I guess what seems different about these scandals is that eventually truth won out. Investigations persevered, detailed accounts were written, admissions were made, testimony was taken and the results were acknowledged.  In almost all of these cases, the mainstream media, the Trump administration’s biggest punching bag, was critical in exposing and bringing the truth to light.

On the front page of Sunday’s New York Times one headline read “Slamming Media, Trump Advances Two Falsehoods.”  During the first 48 hours of his presidency, Trump has been obsessed by how many people showed up to his inauguration.  His claims and the subsequent claims of his press secretary that the ceremony had drawn, “the largest audience to ever witness an inauguration,” were quickly shown to be false by photographic evidence presented by numerous news outlets.

Then, he took time out to mend fences with the intelligence community, appearing at the CIA, where he reassured the 300 employees that were present that he appreciated their work and that he was “so behind you.”  This was just weeks after he had scorchingly tried to discredit their work on the reports of Russian hacking of the DNC and even compared them to Nazis.  Worse than this duplicity, was the setting that he chose for his speech.  As he stood before the gold stars that represent the members of the CIA that have died in the line of duty, he quickly lost the thread of praising their work and dedication, to bemoan his treatment in the media and to go back to his complaints that they (the media) were misrepresenting the number of people that showed up to his party.

I guess this is where I’m starting to see what Mahler meant about the “post-truth era.”  How can one denigrate a professional group like the CIA, undermining their work and calling them Nazis, and then stand before them and say that “I love you, I respect you, there’s nobody I respect more” and be taken seriously?  But this isn’t some low-level hack; this is the President of the United States.  Sadly, we are are a long way from the days of John F. Kennedy, when he addressed Americans after the failed Bay of Pigs invasion and said: “The President of a great democracy such as ours, and the editors of great newspapers such as yours, owe a common obligation to the people: an obligation to present the facts, to present them with candour, and to present them in perspective.”

I guess this was a time when the truth was more in vogue, just something we expected out of our presidents. It was a time where we didn’t need both the facts and “alternative facts.”

Maybe we just need to sit back and take the advice of Kellyanne Conway when she tried to defend Trump’s mocking of a disabled reporter, an incident that was recorded and well-documented, when she admonished reporters that, “you always want to go by what’s come out of his mouth rather than look at what’s in his heart.”

I don’t know about you, but that is one heart that I don’t want to go looking around in whatsoever.  And it has always seemed to me that we, as Americans, have felt that what a president actually says is important.  I hope it won’t be long before we have a president who abides by the time-honored principle that it is important to say what you mean, and mean what you say. 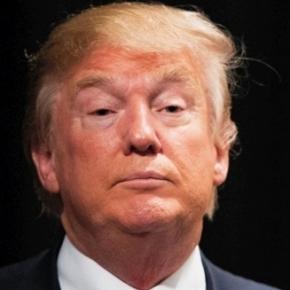 2 thoughts on ““Post-Truth Era”? Is That Actually A Thing?”