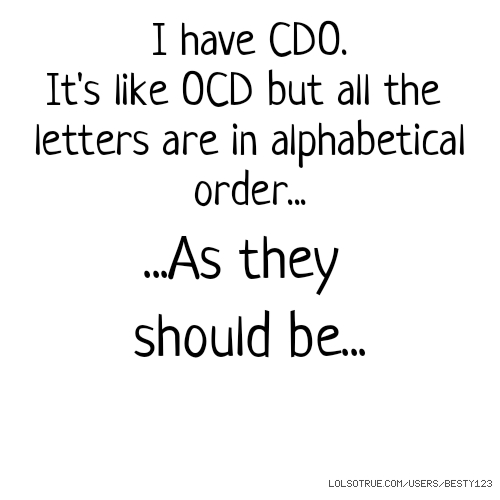 For example, once I secure my cup of Starbucks coffee for the morning, I sit down to read the paper.  When I get to a certain part of the front page, I get up and toast an English muffin which I slather with almond butter and blackberry jam.  I like certain brands of the almond butter and jam so I stock up on them when they are on sale.  That means I’m thrifty, right?  Hardly fussy.  Not even close to being OCD.

However, I find I’m really weighed down when anything around me isn’t working as it should.  If a faucet is dripping, or a door is binding up, I struggle.  I feel this immense weight until I can address the problem.  I literally feel lighter and happier when I’m able to tighten the right valve or smooth the side of the door properly.

So when the “check engine” light started glowing on my dashboard, I immediately began to feel this unreasonable sense of dread.  I’d like to put a piece of black tape over it so I just can’t see it, but it’s like the dripping faucet–I HAVE to take care of the problem because all peace and happiness has left me and will stay away until it is repaired.

I’ve owned cars for long enough that I should be able to deal with it calmly. For example, I know with this particular light:

2. I will have to take it to the dealer.

I got the appointment at the dealer, got the car dropped off and went home to wait for the expensive phone call.  The service representative finally called me to explain that a fuel sensor inside the gas tank needed to be replaced which would involve the mechanics pulling out the backseat so they could access the gas tank and replace the sensor.  Oh, and by the way it was impossible to do the repair without some gas being spilled on the outside of the tank. Not to worry–they’d clean up everything nice and tidy for me by the time I picked it up.

So, when I showed up to pick up the car, I payed my $1000 and was very happy to see that the “check engine” light had been retired as I started it up.   But as I began to drive home, I was almost overcome by wave after wave of a gasoline smell coming from the backseat of the car.  I turned around and wheeled the car back to the dealer where the service rep reassured me that the excess gas would burn off within a couple of days.  Totally normal.

A week later I was still getting whiffs of the gaseous odor and returned the car to the rep to have it checked out.  After he and a mechanic took it for a spin, I was informed that they couldn’t smell any gas at all.  As I walked out the the lot to retrieve my car, I could smell the reek from 5 feet away.

I’m fussy, right?  I dragged the rep from out of his cubicle and made him stand with me and enjoy the fumes emanating from my vehicle. He looked puzzled and thoughtful.  “Oh, that smell.  I guess that could be gas.”  We decided he would keep it for another day and have the mechanics rip the seats back out and double check to be sure everything was properly sealed and he agreed to have the back half of the car shampooed just in case the odor was now coming from the seats.

The next day, he called and assured me all was well, and I could come and retrieve my vehicle once again.  And, believe me, I wanted nothing more than to believe that all was well, that they had fixed the problem, and that hey, maybe the whole thing was just in my head.

As I drove off, the toxic shampoo they had used in the back of the car was almost as bad as the gas fumes had been, and I drove through the night with the windows down.  Sure enough, before I had made it home, the gas smell was back.

At this point, I’m not angry–just indecisive.  I’m not sure whether to call the dealer back for the fourth time or just to have a nervous breakdown.  I can no longer tell if my car has a problem, or if I have a problem.  I’ve made four trips to the dealer, consumed hours with this problem preying on my mind, and by now, I’m starting to think that maybe I’m defective.

Then I remember this older gentleman who owned a little car shop called The Little Car Shoppe nearby.  He specializes in BMWs, but had done some work for me years before on my daughter’s Acura.  I called him and explained my situation and he seemed intrigued.  “Bring it down,” was all he said and then hung up.

This guy is the guy you always hope you will find to work on your vehicle.  He’s quiet and thorough and doesn’t bullshit you about the cost.  I usually don’t even ask because I trust his expertise, and I know he will warn me if it’s going to be extraordinarily expensive. I’ve never heard music being played in his shop.  He always keeps the radio tuned to NPR.  Gotta love that.

By the end of the afternoon he’d found the seal that the guys at the dealership had failed to replace properly.  He had to chase down a new one and asked me to give him one more day to see if he could find me the best deal on one.  By the next afternoon, he called to say he was done.  When I got there, he showed me the dirty and pitted seal that the dealer had tried to get by with and which had allowed the fumes to escape.

“But now, it’s sealed up tight, right?  No leaks.  We’re all good,” I questioned, seeking reassurance.

With a smile, he let me know the problem was fixed in the nicest possible way when he said, “I sure don’t want to see you back here with it.”

This adventure is the kind of thing that sucks the soul out of me.  It makes me question both my judgement and my sanity.  When I let it, it consumes me.  I can’t stop thinking about this “tragic” development in my life when actually it is mostly just a simple, but annoying, bump in the road.

At some point, I did manage to step back from it and get some perspective.  I told myself, “It’s a car problem.  It’s unusual, but there’s got to be an explanation.  In a few days this will get sorted out and I won’t have to think about it at all.”  Why it was so hard to get that perspective quickly and easily after all of these years, I’m not sure.  Maybe it was all the gas fumes that were scrambling my brain.