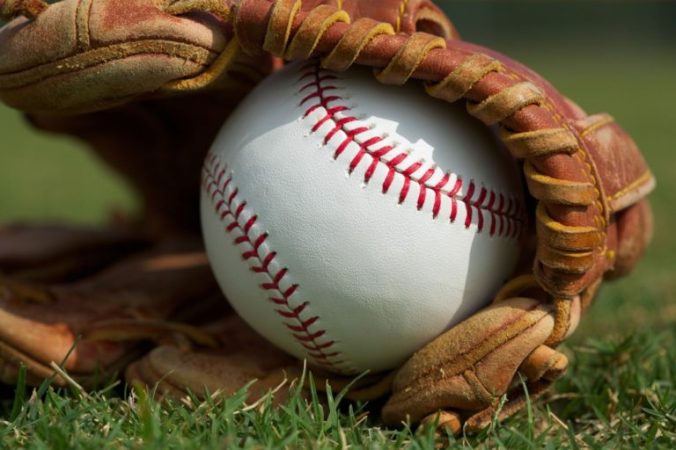 …where I loped after it as I watched it sail over my head, chased it down, and ran it in toward the infield until I felt I could make a respectable looking throw into the pitcher.

It’s a warm night in Kalama Park in the town of Kehei on the island of Maui and thanks to my brother-in-law’s invitation, I’m chasing fly balls around the outfield as the guys on his team take their weekly batting practice.  It is the first organized baseball activity I’ve done in maybe 25 years and the first time I’ve put on a glove since 2009. I know that because on a spring night in 2009 I, along with the other four San Diego County Teachers of the Year, got to throw out the first pitch at a San Diego Padres game.  From the mound, I threw a perfect, 47 MPH fastball for a strike, and the entire experience was much, much cooler than I could have ever imagined.

Tonight though, I have very modest goals.  I would like to avoid injuring myself, and I’d really like to catch at least one fly ball hit to me. And while this is the most casual of practices, in the most casual of settings, it only takes moments before my imagination kicks in, and I’m getting into a “ready position” and imagining that I’m the new centerfielder for my San Diego Padres.

As I adjust my cap to shield my eyes from the lights, and as balls start flying toward the outfield, I can hear the Padre radio announcer begin to narrate my every play.

Ground ball right up the middle.  Rookie centerfielder, Tom Waldron, is on it quickly and flips it in toward second base holding the runner to a single.

I discover the ground balls are pretty much a cinch except for the fact that my arm isn’t warmed up properly and my shoulder gets cranky on me almost from the first throw. That’s OK.  Have to play through the pain.

There’s a drive into right centerfield.  It looked like Waldron had a shot, but he didn’t get a good jump on it, and it’s past him.  This one will roll all the way to the fence.

In fact, any ball hit past one of us rolls all the way to the fence since it is a fairly small field, but I’m definitely having trouble tracking balls as they come off the bat, trying to judge just how hard they are hit.  This is tougher than it looks.

My brother-in-law steps in and waves me over into right field so he can practice hitting to the opposite field.  This puts a wicked slice on the ball and makes them even harder to judge.  Plus, he’s the teams best hitter and sprays the ball around everywhere.

Urban hits a rocket into right.  Waldron is giving chase, but the ball is curving away from him, and he will not get there.  Another double for Tom Urban.

I try standing on the line and letting the ball curve toward me, but nothing works.  I’m either too deep or too shallow or just too darn slow.  I’m getting a little winded chasing after his line drives and I’m starting to not like him very much.  However, I’m happy that I’m running fairly well and haven’t pulled or sprained anything yet.

I can tell practice is beginning to wind down and starting to despair that I will have spent an one and one-half hours chasing down balls without a single catch. And then suddenly there it is.   One of the players lofts a ball into short center, and I drift over and feel the ball settle into my glove as if I do this kind of thing all the time.

It’s a pop fly to center field.  This should do it.  Waldron trots over and….he’s got it.  Routine play, for out number three.

I’m actually delighted beyond words.  I have to pretend that it’s no big deal, because it isn’t, but it just felt so darn good–outdoors, on a beautiful night, playin’ ball.