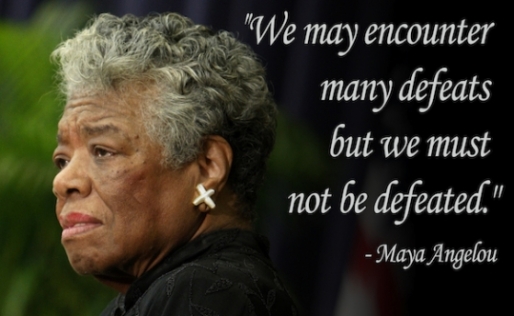 No, not the schizophrenic ones.   The medications seem to be working fine, thanks.

Having spent my adult life as an English teacher, I venerate authors. I view them as magicians, as possessing powers that regular people just don’t have. When I finish an epic novel by Marquez or Kingsolver, I’m stunned by the vision that allows for the elegant plotting of a story that consumes me for hours and then clouds my head for days with their characters, images, and elegant language.

I was staring up at my bookcase, trying to think of something to write, when I noticed how many really great authors I had met or had some kind of personal contact with.

After all, authors (the living ones anyway) want to sell books, so they are public people. Their publishers arrange book signings, speaking tours, appearances at English teacher conferences and book fairs around the country, and I have taken advantage of such events to get to see and listen to some of the best.

Maybe the most impressive author I ever had the chance to see was Maya Angelou—once at a teacher’s conference in Oakland and a second time at San Diego State University. I was shocked to hear when she passed away this year, just because after hearing her speak, it seemed as though she was one of those voices who would live forever. And what a voice—the most resonant, memorable, lyrical voice this side of James Earl Jones.

At SDSU, she did not just give a canned inspirational message, but it was as if it were a three-act play. She wove the story of her remarkable life—her difficult and abusive youth, her mastery of five languages, her time with Malcolm X and Martin Luther King Jr., her experiences living in Africa and the Middle East—with her message of hope and love. One moment she’d be telling of her time as San Francisco’s first African-American cable car conductor (at 14 years of age) and then break into a song. Before long she would be reciting the magnificent words of the poet Paul Laurence Dunbar. Every bit of it was seamless. I feel sad for anyone who never had the chance to hear her speak.

One Saturday in the spring of 2009, I drove frantically from a workshop I had given in San Diego, arriving at UCLA just in time to hear Ray Bradbury speak at UCLA’s annual Festival of Books. He was quite frail by that time and in a wheelchair, but still full of the fire that lead him to write such wonders as Dandelion Wine and Fahrenheit 451. He still decried what he perceived as the advance of the totalitarian state and yet charmed the crowd with stories of his life as a writer. He told the story of writing the bulk of Fahrenheit 451 in UCLA’s Powell Library, using their typewriters which they rented for 10 cents an hour. He managed to finish the book for $9.80.

At that same Festival of Books, I had the chance to see Mitch Albom (Tuesdays With Morey) interviewed by Frank McCourt (Angela’s Ashes, Tis, Teacher Man). If I die, I want to come back as Mitch Albom—I just wouldn’t spend as much time writing about dying and the afterlife. However, doing so has not hurt Mitch. His books have sold over 35 million copies. I love music, travel, and sports and Albom combined them all to advance his education, establish a career, and have the twenty-something experience of a lifetime.

He traveled across Europe, freelancing as a sportswriter and supporting himself by playing music along the way. At one point he settled for a time in a small, Greek village and became the town’s “piano man” at a favored local bar. I remember sitting and listening to this story and thinking “why would you ever leave?” Eventually though, he came home and in time became the lead sports columnist for the Detroit Free Press. Let’s see. Sportswriter in Detroit or musician in Greek village—and you picked Detroit??? On purpose??

He continued to play music, eventually forming a band called the Rock Bottom Remainders that included other notable writers such as Amy Tan, Stephen King, Dave Barry, Ridley Pearson, Barbara Kingsolver, and others. The group did charity gigs at various locations including once at a book-sellers convention where they were so well received that they were surprised to find themselves being called out for an encore. They were startled when a stranger joined them on stage and grabbed an extra guitar, a guy who had been backstage and who Mitch thought was a janitor. Turns out the “janitor” was Bruce Springsteen, who sat in with them for their final song and offered the advice, “Your band’s not too bad. It’s not too good either. Don’t let it get any better, otherwise you’ll just be another lousy band.”

Throughout the discussion with McCourt, he had the crowd in stitches. The guy could tell a story. Novelist, sportswriter, musician, traveler, comic and guy who hung out for one night with Bruce Springsteen. I would take that life in a minute–as long as I didn’t have to live in Detroit.

I also have been surprised at how willing authors are to correspond with their readers. I got the idea to have my students write to their favorite authors and ask them five questions and see just how many responses we would get. This was in the early 90’s, pre-email and pre-Google, so contact information was much harder to come by. Most got either form letters (Stephen King sends out form post cards) or no response, but I scored.

I wrote to Thomas Boswell, sportswriter for the Washington Post, because I had just read his fine collection of baseball essays, Heart of the Order. It bothers me greatly that I cannot find that letter to this day, but I still remember that he took time on New Year’s Day of that year (91-2?) to pen a two-page letter to a baseball fan/teacher with his answers to my questions about the life and work of a sportswriter.

And, of course, an autographed book is gold. Both of my kids became admirers of Barbara Kingsolver so with a little trial and error, I found out the method for getting a book to her for her autograph. In both cases I wrote a letter describing my appreciation of her work and my use of her books and essays as a teacher. I included personal notes about my kids and why they were devoted to the particular works that I was sending her. I found a first edition Poisonwood Bible at a used-book store to give to my son, Nico, for a Christmas present. I got it back from her in time and while it was duly autographed, there was nothing of the personal touch that I had hoped for.

I tried again, several years later, sending Kingsolver a copy of the tenth anniversary edition of The Bean Trees, with a note about my daughter Emily who adored the book. Emily, a frequent worrier (not sure where she got that from), had trouble getting to sleep often as she made her way through the turbulent years of high school, and I described to Kingsolver that she would often pick up The Bean Trees, which she had already read several times, and simply pick a spot and start reading and let the beautiful words and tender characters wash over her until she could let her mind rest and fall asleep. This time Kingsolver came through. Inscribed on the title page of the book, in her careful script, was the note that read: “Emily, from one insomniac to another, best wishes, congratulations—and courage for the road ahead. Barbara Kingsolver”.

I guess what I learned, is that authors aren’t magicians. They are hard-working people, many of whom are quite humble and who appreciate their audiences. Like many gifted people, they are sometimes surprised at their own talent and by the response that they get to the work that they do. They are frequently insecure and scared to death that the wonderful idea upon which they are now working, may be their last (not unlike bloggers).

If you have a favorite author, find an email or an address and drop them a line. You might be surprised by the response that you get.