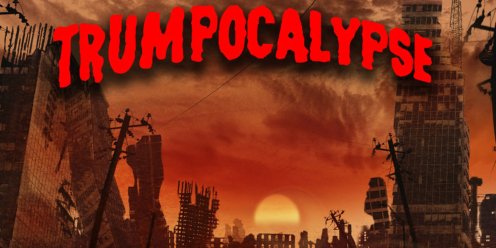 You should not be surprised that after your recent meetings with North Korea, your demands were characterized as having a “gangster” quality to them.  Clearly, the North Koreans were nice to you while you were there, made vague promises to try to fulfill the U.S. demands, and then blasted you once they stopped laughing among themselves.

It’s hard to know which label to put on the most recent U.S. government interactions because we lurch from claiming to be victims of other greedy countries to making demands of sovereign nations that they have no incentive to agree to in an attempt to look strong.  We have pulled out of the Paris climate accords and reneged on the nuclear deal with Iran, one in which Iran is doing everything it said it would do–it’s just doing things that Mr. Donald (gansta-in-chief) doesn’t like but that were never part of the agreement.

Our trade policies are incomprehensible as we veer in and out of the imposition of tariffs that all seem to be hurting American businesses more than helping them.  When Harley- Davidson motorcycles (can a company be any more MAGA than H-D?) shrugs their shoulders and claims that they will need to move their operations overseas to avoid the tariffs, the gangsta-in-chief claims that they are weak and are declaring surrender.  Rather than punish our rivals and hostile countries, we have alienated our closest allies and we are becoming increasingly isolated in the world.  The “America First” attitude is turning us into “Gangsta-Nation” because we have no respect for the treaties we have signed and no respect for the norms of diplomacy. Our word means nothing to the nations of the world.

Just within the past few days this “bully-first” attitude came to light at the United Nations as reports began to surface that the U.S. had tried to undermine a resolution promoting, of all things, breast-feeding that was being introduced by the country of Ecuador.  Despite all of the scientific evidence that breastfeeding is beneficial for infants in both developed and developing countries, we tried to sabotage the resolution to “protect the infant-formula industry.”  Our team went so far as to threaten Ecuador with trade sanctions and got them to withdraw the resolution.  At least a dozen other countries also refused to submit the resolution fearing retaliation.

It took the Russians and Uncle Vlad to save the day and put forward the proposal.  Not surprisingly, the American team stood down as soon as the Russians got involved.  The resolution was passed on a vote of 118-1 with the United States being the only dissenting vote.  Talk about isolation.

Once source said, “There is no scientific evidence behind the U.S. position.  It simply reflects the fact that corporate sales are more important to the U.S. administration that the well-being of women and children.”

So, Mr. Pompeo, get used to the characterization of yourself as a gangster for as long as you represent this rogue administration.  You can’t see it now, but every day you stay in this job you are creating a stain on your reputation that will never go away.  I know you can’t see it, but you are living in the low point of your career.